NEED AN EXPERT LAWYER?
GET AN EXPERT SOLICITOR ON YOUR SIDE TODAY.

Public nuisance is an unlawful act or omission which endangers the lives, safety, health,, property or comfort of the public or by which the public are obstructed in the exercise or enjoyment of any right common to all: Kent v Johnson (1973)

To establish prima facie case of public nuisance, a private individual will have to prove:

Since public nuisance involves an interference with public rights, a private individual is usually precluded from instituting an action in respect of the interference

Private individual is able to initiate proceedings for a public nuisance if:

Public Nuisance:  Attorney- General v PYA Quarries Ltd (Lord Denning) – a nuisance which is so widespread in its range or so indiscriminate in its effect that it would not be reasonable to expect one person to take proceedings on his own responsibility to put a stop to it, but that it should be taken on the responsibility of the community at large

Extent to which public is affected is consideration in determining whether the D’s act interferes with public right.

Consideration in determine whether the interference has wide spread enough effect to be regarded public nuisance:

In the absence of negligence, a danger created in the highway as a result of ordinary use by traffic is not a public nuisance: Maitland v Raisbeck – tail light of D’s car was defective, leading to collision. Court concluded that if this was classed as nuisance “it would seem that every driver of a vehicle on the road would be turned into an insurer in respect of latent defects in his machine”.

Temporary obstructions to the use of highway or to the enjoyment of adjoining premises will not give rise to liability in public nuisance where obstruction is reasonable in quantum and duration: Harper v Haden – D had erected only what was necessary and reasonable for the conducts of the works.

If assembly of crowds or queues of people seeking to do business with D who obstruct use of highway may constitute nuisance if crowd is attracted by something done by a D which is not necessary for the bona fide carrying on of the D’s trade: R v Carlile – D held liable when crowd was gathered to watch burning of libellous effigy.

If business is carried on in suitable premises and in a normal and proper manner and there are no reasonable means by which the business could prevent the interference, there is no nuisance: Silservice Pty Ltd v Supreme Bread Pty Ltd

Private nuisance arose out of the action on the case and protects a person’s right to the use and enjoyment of their land.

It is a tort which is concerned with property rights

“Enjoyment” = Ordinary use of the land

Nuisance may be cause by indirect interference whereas trespass can only result from direct. E.g Aiming hose at neighbour’s land is direct and a trespass whereas constructing a waterspout which diverts water onto the neighbours land is indirect and a nuisance, which is an action on the case: Reynolds v Clarke

A balance has to be maintained between the right of the occupier to do what he likes with his own, and the right of his neighbour not to be interfered with. It is impossible to give any precise or universal formula, but it may broadly be said that a useful test is perhaps what is reasonable according to the ordinary usages of mankind living in society, or more correctly in a particular society.”  (per Lord Wright  in Sedleigh-Denfield v. O’Callaghan (1940) AC, at p 903 )

Can arise as single incident or continuing course of conduct

General Rule: Only substantial and unreasonable interference with the use or enjoyment of some right connected with the land can give rise to a private nuisance action

In the case of interference with enjoyment the question of reasonableness will include factors such as:

E.g Person much be owner or tenant of property who is in actual possession of property and who has the right to exclusive possession: Hunter v Canary Wharf Ltd

Owner who has reversionary interest in property cannot sue – ie. owner who has leased property UNLESS the nuisance is of sufficiently permanent character so as to damage his or her reversion, for example permanent devaluation of the property: Hunter v Canary Wharf Ltd

Immediate family members who do not possess the right to exclusive possession do not have standing:

The tort centres on interest in the land that is affected

Interests protected by nuisance include those to do with:

Sic utere tuo ut alienum non laedas” (“Use your own thing so as not to harm that of another”) – Reasonableness.

Can be tangible and intangible

St Helen’s Smelting Co v Tipping distinguished difference between tangible and intangible. Held: where “sensible personal discomfort” was at issue, the locality was vital and that in a largely manufacturing district, a landowner must put up with some inconvenience arising from trade operations which are necessary for commerce, but that where physical damage to the land was involved this did not apply and nuisance must stop.

à QUESTION TO ASK: was inconvenience arising from trade necessary for commerce? if yes, no nuisance.

Nuisance includes interference with certain rights such as:

Example: interference with right to support of land in its natural state so that if the D excavates in such a way that the neighbour’s land collapses because of lack of support, is a common law nuisance.

E.g. Land owner does not have right to:

Modern society must make some allowance for actions of neighbours: Kennaway v Thompson

A balance must be struck between D’s right to use property and P’s right to enjoy their property; legal intervention is warranted only when interference goes beyond what others in the vicinity should be expected to bear.

Interference must be of a substantial and unreasonable nature to qualify as private nuisance.

Determining If D’s act is substantial and unreasonable à Court seeks to balance the competing interests is both parties. Court will weigh the nature and circumstances of the D’s activity and the character of the resulting interference against the P’s interest

Defendant’s actions and the usefulness of D’s conduct are considerations in assessing the “give and take”.

Sometimes, intention of D is relevant

Who can be sued?

Creator of nuisance is strictly liable for nuisance he/she creates. This is even when they are no longer occupier of the land from which the nuisance emanates – they just have to have created it: Roswell v Prior

If an occupier permits other to undertake activities that constitute a nuisance, then the occupier is also liable for the nuisance created by that individual: De Jager v Payenham

Landlord is not liable for tenants’ nuisance unless he/she had authorised it, and if terms of tenancy expressly prohibit the creation of a nuisance, they can’t be liable: Peden Pty Ltd v Bortolazzo

The rule of (Scienter) – strict liability proceeds upon the basis of the classification of the animal; that is the circumstances that lead to liability will depend upon whether the animal is classified as wild or as domesticated.

Public and private nuisance are available for damage caused by animals.

But where D’s conduct even though slight, but is malicious, P can claim

There are a number of defences:

If P expressly consents there is no nuisance

Toleration is NOT evidence of P’s implied consent

Cannot argue that P came to nuisance and this act mean that P has impliedly consented: Sturges v Bridgman

Proprietors Strata Plan v Cowell  held that it was no defence to the P’s claim for damage caused by tree roots that the tree’s roots had encroached upon the P’s property prior to the building of the units nor that the units had been erected close to the boundary and that this had contributed to the problem.

However, legislature do not override common law rights unless there is clear language to this effect, Therefore it is not sufficient for any activity to be authorised by statue.

The conduct must be expressly or impliedly authorised or the nuisance must be a necessary incident of the authorised activity. Matter of statutory construction:

Remoteness: Test of remoteness as applied to the case of negligence applies in nuisance: Overseas Tankship v Miller Steamship Co

This depends, I think, on whether the injury may reasonably be foreseeable

As far as assessment of damages is concerned a defendant will, upon the basis of the test of remoteness of damage, only be liable for that kind of damage which was reasonable foreseeable.

Issue which the court will face is whether damages will sufficiently compensate the P for the injury or harm sustained.

If damages suffice, an injunction will not be granted.

Who bears the cost of abatement? Normally the abater does, but see Proprietors-Strata Plan No 14198 v Cowell where it was held that D may be required to bear cost if the steps taken by P to abate were in reasonable mitigation 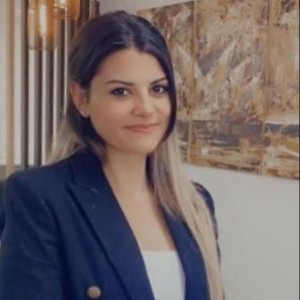 Explore Our Legal Resources and Articles 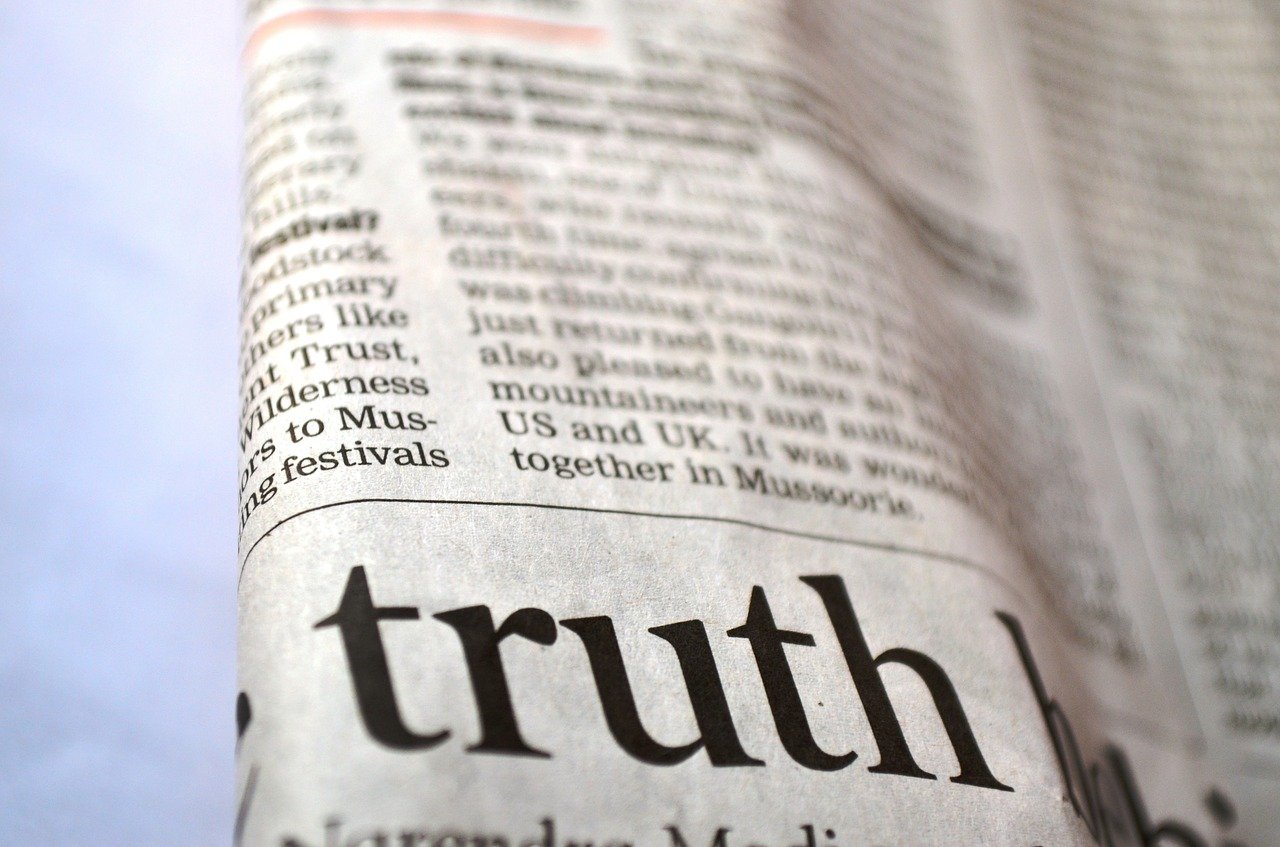 What is defamation? Defamation law protects damage to reputations Defamation is any statement which would make a reasonable person think less of the person who