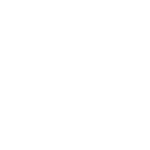 Need expert representation at your next court appearance?

Have you been charged with a criminal offence? If you’ve been served with a Court Attendance Notice to attend Parramatta Court, seek legal advice as soon as possible. The sooner you act, the sooner your matter can be done with. Don’t let this weigh on your mind any longer than it needs to. You can find information about the Parramatta local court on this page.

You are required to attend Court every day your matter is listed — unless you have legal representation and they ask for you to be excused on the next occasion. If the court excuses you, you won’t have to attend the next mention. However, you still have to attend your hearing or sentencing.

Parramatta Local Court House is on George Street and freemasons lane, the same block as the police station and Jameson Law office. Parramatta Court house was initially built during the 1770’s with the first court house in Parramatta being opened by Governor Arthur Phillip in 1791. This had to be demolished due to structural issues with the building. It was rebuilt in 1837 as per the designs of Mortimer Lewis.

Parramatta District Court House is on Marsden Street near the Parramatta Drug Court, the same block as the police station and Jameson Law office. The complex includes a Children’s Court and a trial court with nine courtrooms for criminal trials.

How to get to Parramatta court:

Need urgent criminal defence representation for your next court appearance? Our lawyers will guide you through the justice system with confidence and ease. We have appear in Parramatta Local and Parramatta District courts on a regular basis.
Our criminal law knowledge and experience is your best defence. From criminal cases to bail applications, our lawyers are ready to fight for you. We can help you achieve a better outcome for your court matter.
Contact Jameson Law for advice on your legal situation now.

Is Parramatta Local or District Court?

Parramatta court has a Local Court and a District Court. It also has a sitting Supreme Court also known as the Sydney West Trial Courts.

How do I find out the outcome of a court case in NSW?

If you’re a party to a case in the NSW Local, District or Supreme Court, you can use the NSW Online Registry website to:

How do I find someone's sentence?

The most recently published judgments and decisions are listed on the NSW Caselaw homepage. To find judgments or decisions of a particular court or tribunal, use the Caselaw advanced search and browse pages.

It is open to the public, but attendance is required in person. Please adhere and check the latest court memorandums regarding attendance.

What is the difference between an indictable offence and summary offence?

Indictable offences are dealt with by way of indictment in the District or Supreme Court. They involve a maximum penalty of more than two years imprisonment. Examples include:

Depending on the seriousness of the offence, the Prosecution has the discretion to deal with some indictable offences summarily. Examples include:

A summary offence is an offence that is not dealt with by indictment and is heard in the Local Court. The maximum penalty that may be imposed is no more than two years imprisonment. Examples include: